“Derek Hill’s work explores in a non – traditional way the extremes of traditional painting media. Hill’s surroundings and its use as a constant source of reference have led to the creation of cycles of techniques and processes that have given his work a continuous impetus (working on up to 10 canvases at a time), which can not be defined by any chronological order in conventional terms. For Hill, the process is as important as the finished piece. It has become a kind of ritual for him to prepare his canvases and mix his paint. Canvases are prepared for the appearance of shallow baths on wood and board stretchers. There are a variety of media; resins and glue; solvents; industrial paint and traditional oil paints. A multitude of media is mixed from; resins and glue; solvents; industrial paint, and traditional oil paints. The media is applied over months by pouring the liquid mixture onto the surface of the canvases.” 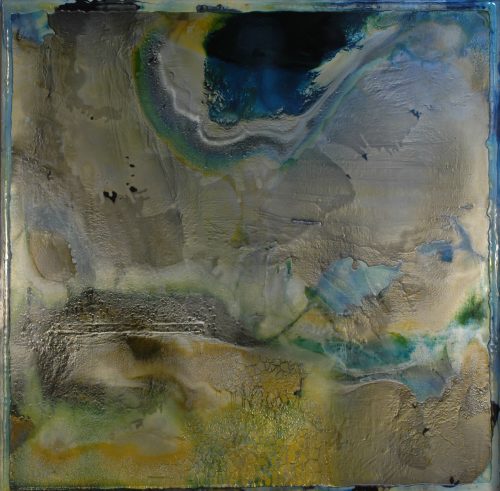 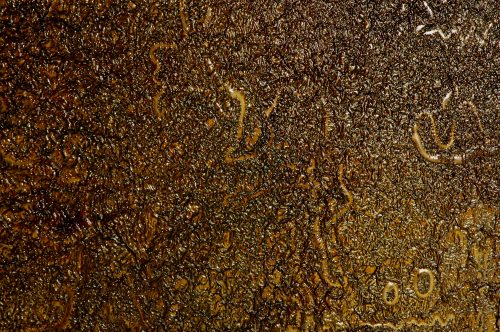 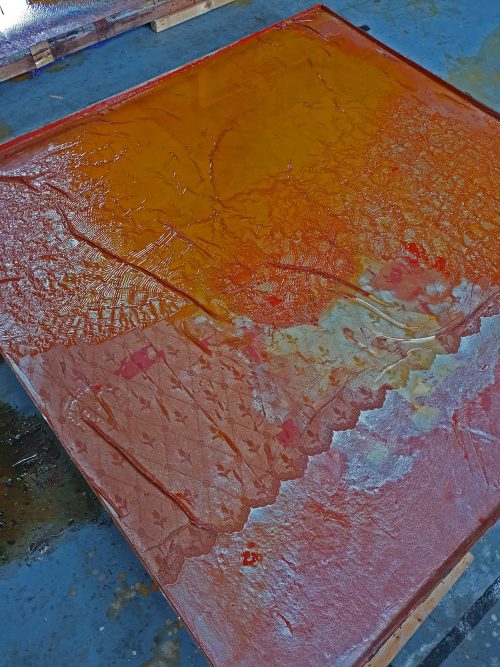 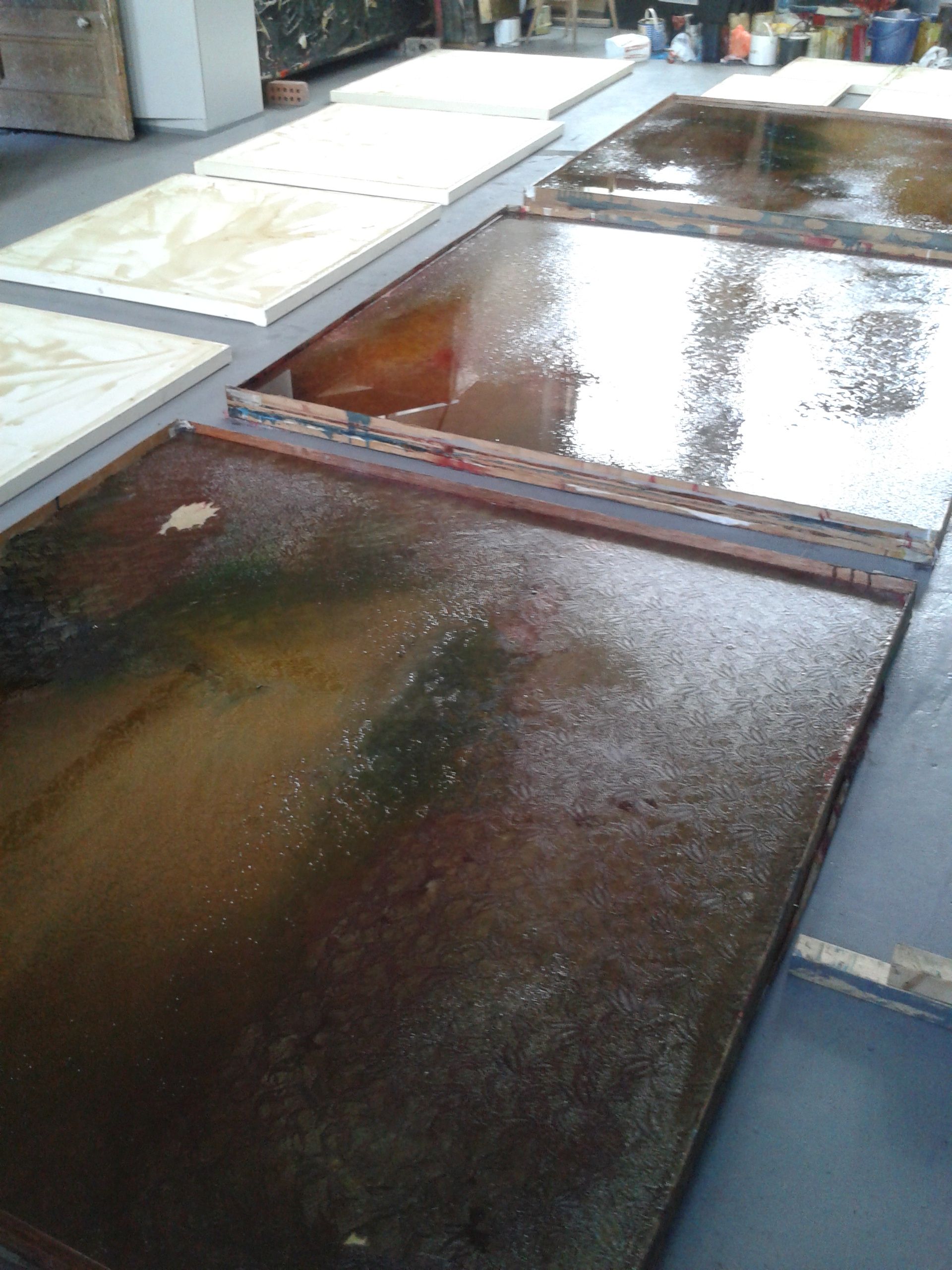 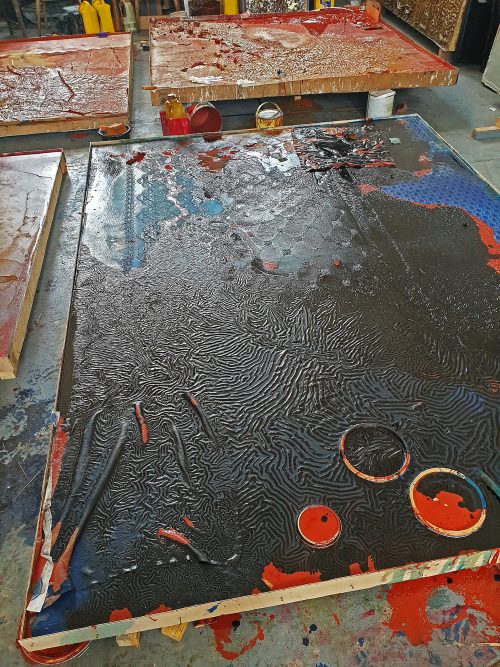 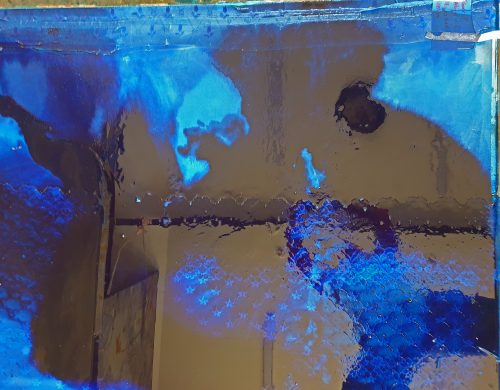 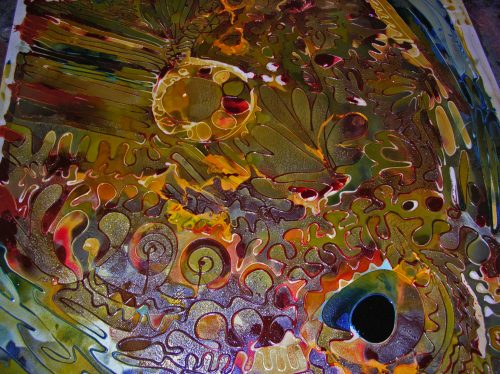 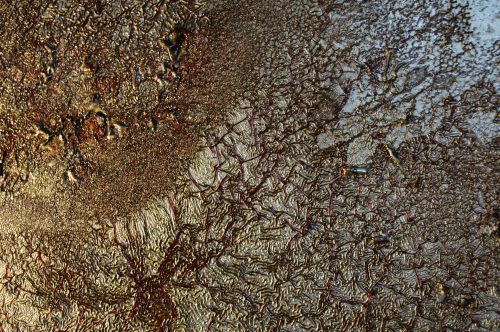 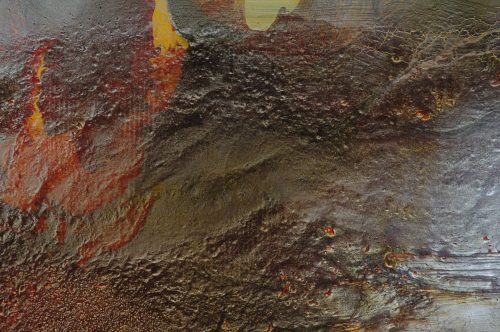 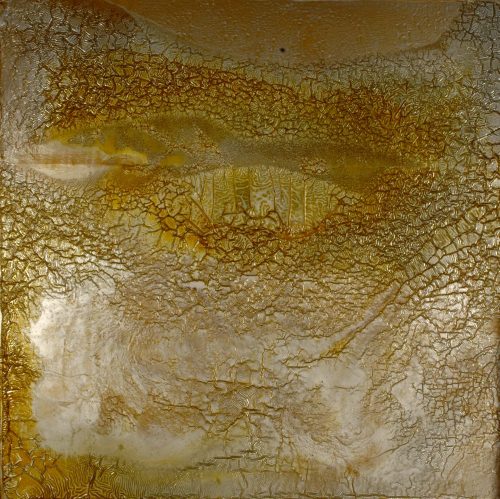 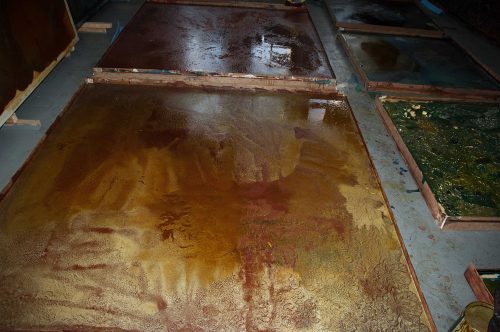 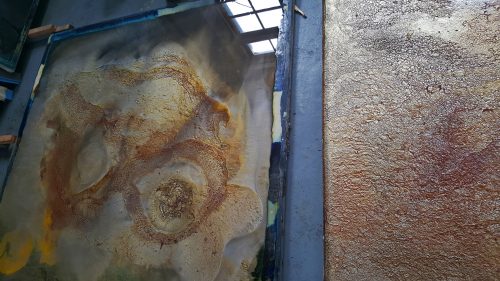