……1 year of fish, 1 of rabbits, and a lot of hoofing and searching in between….this page is in tribute to all the artists’ staff and volunteers who participated in the Studio’s achievements over the years. Special mention to Lucy Milton, Ailsa Martin, John Millard, and Chris Sell.

“The Art Studio was made up of a composite of rich characters from all walks of life, many of whom had little or no experience of the world of academia or mainstream art. When you entered the Studio, it made you wonder how long it had been in existence; there were people in there who seemed to have been making their home in it, or a second home out of it, with carpets laid out on the cement floor, family photos were hung up next to the artwork. Everyone associated with the place had been affected by life and had a story to tell about themselves – some more monumental than others, and there were a few who would stage-manage their experiences for everyone else to see as impromptu theatre. Daily life there was mostly, all channelled into art”. 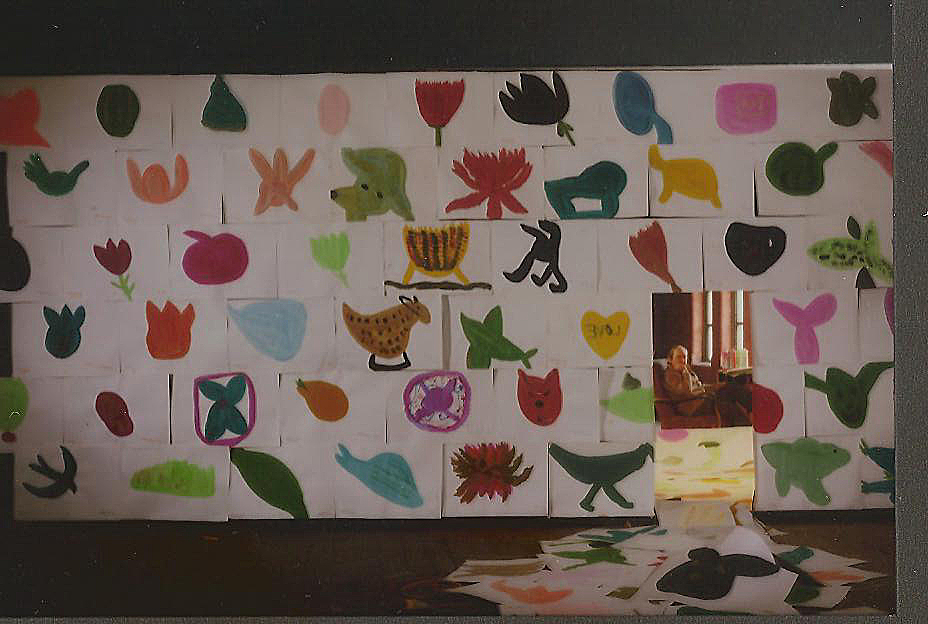 Les Chisnell, inside his studio. Les was chosen along with Robin Emmerson, another Studio artist for a solo exhibition at the Northern Centre for Contemporary Art (NCCA)(see below) 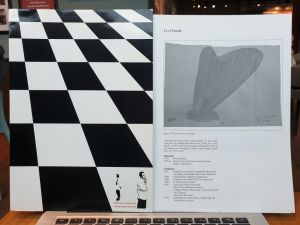 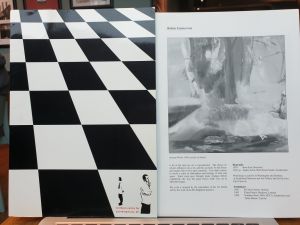 As the Art Studio’s reputation grew among sponsors, the media, and the mainstream public, a time when membership swelled, it moved premises to a large industrial unit on Sans Street near the docks. The City Council provided the building at a peppercorn rent, and the large open space inside was partitioned into a series of smaller, individual spaces for everyone to work in. It was then that the studio discovered its true character: an ability to evoke a spirit in the building that people would feed on and believe in, bringing out a freshness of art inside everyone. People’s identities were formed through the art they were making until the inside of the building became a mosaic of interpersonal relationships, each with a story to bring that would become woven into the project’s collective fabric: the Studio had become a work of art in itself. In 1991, the Studio moved to Hind Street in the city centre. (cover photo). 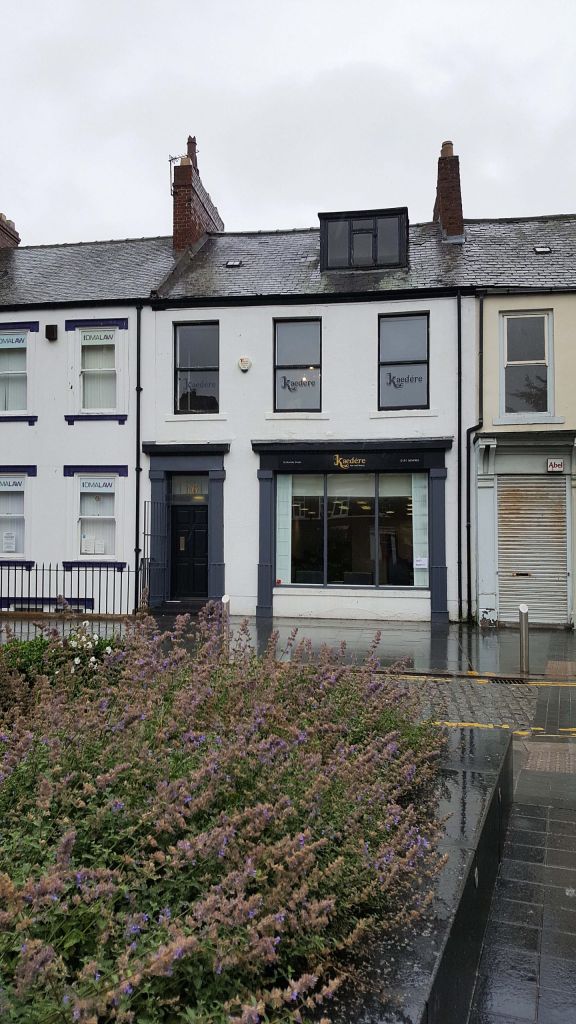 Derek Hill founded The Art Studio, Sunderland, and was its artistic lead from 1986 until 2012. The Studio began as the Norfolk St project in 1986 which then evolved into the Sans St Project in 1988 – before finally establishing itself as the Art Studio.

The Norfolk Street project started out as a one-year pilot project, through the administration of Lucy Milton, Director and Founder of the North East based, Artist’s Agency (now Helix Arts), and with government regeneration finance that was awarded to Sunderland Health Authority. Hill was appointed on a one-year contract, with support from the sculptor, Chris Sell to engage with people arriving in the community from Cherry Knowle psychiatric hospital. It was established as part of an initiative to provide facilities and a creative environment for people who had been in long-term psychiatric care. Since then it has become much more than that. The project became recognised in the region and nationally as a unique attempt to address the issues surrounding both mental health and representational practices.

In the space of a few years, The Art Studio had become an extraordinary forum for the discussion and development of good artistic practice outside of the usually restrictive regimes of the art establishment. Here was where the artists decided what art is and their work set them apart because of the astonishing commitment that was invested in it far and wide. 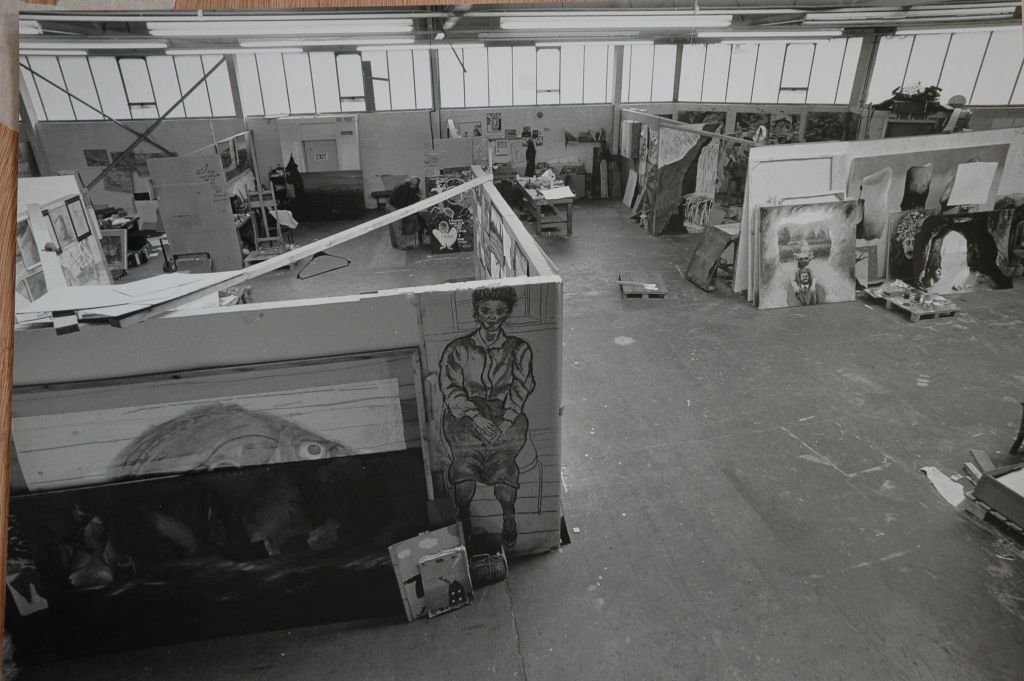 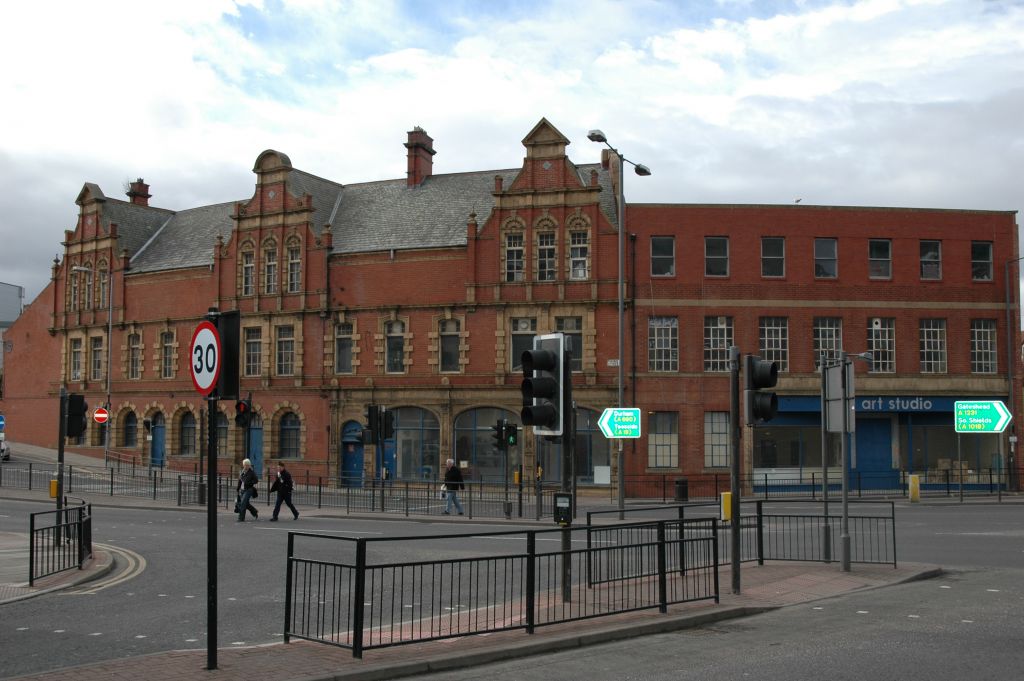 The Art Studio’s work with people with mental health issues was trailblazing and inspirational. From 1991 until 2010, before it moved to its current premises, the Studio was situated in Hind St, Sunderland’s city centre. It had three floors and 30 individual and shared studios as well as ceramics and printmaking facilities, and a digital imaging suite. There was also a large spacious gallery on the ground floor for regular exhibitions of Studio artists’ work and for networking with Universities and other professional visual arts organisations. In that time it became an internationally acclaimed resource for the production of art by people who have not followed traditional academic routes.

Hill arrived in Sunderland as a postgraduate of the Royal College of Art, London, and, after having undertaken his first one-man show at the Imperial War Museum, London with his show; ‘Victory, and Defeat’; an 18-month Fellowship at the Artescape Trust, Lincoln; a 12-month artist in residence post at Bishop Grosse-Teste University, Lincoln; a residency at Walton school in Peterborough; and a variety of visiting lecturer posts in colleges and Universities throughout the UK. The Studio was instrumental in employing over 20 professional artists on a part-time and full-time basis; placements were established for Fine Art BA Honours and Post Graduate students as part of their course development. It offered mentoring, research, and development to Fine Art PhD students and placements for international artists on study grants. It hosted exhibitions of BA Honours and Post Graduate students’ degree work as well as exhibitions of arts and craft professionals. 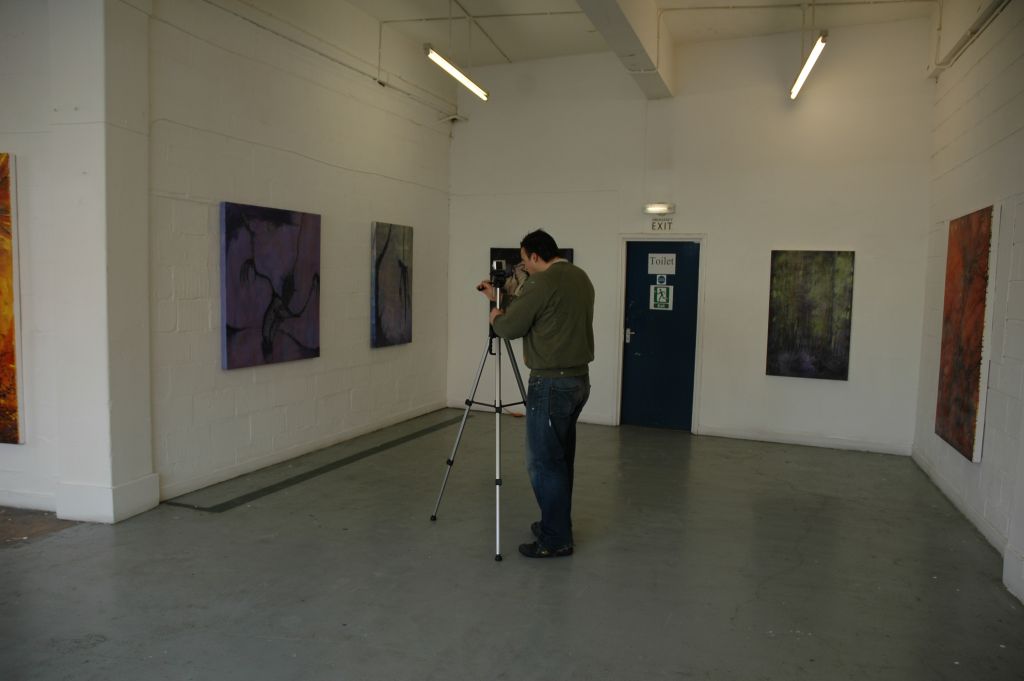 Its success was recognised by the City of Sunderland who provided an industrial unit, at a peppercorn rent, to be used for the Studio’s continued development and daily practice until 1988 when it progressed to accommodate its band of artists in a 3 storey, 15,000 sq. ft. edifice in the city centre in 1991 where it remained until 2010. During this time, Hill sought ring-fenced funding to establish a post for a sculptor from 1 day per week to full-time and for a development worker to fundraise and increase the Studio’s visibility region and nationwide and realise its potential for existing and future ‘artists’. Funding for the installation of a self-contained Printmaking and Ceramics facility followed, as was a fully equipped digital – imaging suite.

A new programme of Research and Development was established at the Studio, aimed to encourage personal and group development and to realise their individual potential. Personal funding packages based on individual needs were financed to enable people to visit exhibitions and places of interest throughout the UK. Hill would continue his practice alongside people daily and set about organising a series of exhibitions of the Studio’s work at numerous formal and informal venues including; Giant Fish and Jumbos at Sunderland Museum, and The Laing Art Gallery, Newcastle. This was followed a few years later by a major retrospective of the Studios’ work at the Northern Centre for Contemporary Art, Sunderland. (now the Northern Gallery of Contemporary Art). Further collaborative exhibitions would follow, including, shows in London; Oxford; Glasgow; and a symposium in Warsaw and Gdansk. The success and profile of the Studio were further highlighted when its work was represented as part of a major international art expo tour sponsored by IBM computers. The exhibition, “12“ featured in all of the 12 major E.U. cities.

During his time with the Art Studio, Hill organised an exchange programme between the Studio and The Centre for Developmental Art, in Glasgow, who was inspired to create a studio facility for their members based upon the Art Studio model and his guidance and example helped in the initiation of 3 similar organisations in, North and South Tyneside and Newcastle on Tyne. Through his work with the Art Studio, Hill developed a close relationship with its chief Partners the Sunderland Health Authority (Teaching Primary Care Trusts), and City of Sunderland Social Services, (and later, Durham and Newcastle Health Authorities and Social Services, and various voluntary agencies) to fulfil and deliver on service-level contracts agreements (IPA’s), and informal drop-in service for other user artists. As well as developing his own practice alongside people daily. With his encouragement, over 30 individuals went on to complete undergraduate and higher degrees in Universities and Colleges throughout the UK. He established a work placement programme at the Studio, for PhD, MA, and BA students of Fine-Art as part of their college studies. Hill’s practice today is as non-institutional and robust as it was when he set up the Studio. Hill would achieve recognition for demonstrating the value of art and artists working directly with people in the public arena, outside of mainstream art practice. The Studio was instrumental in developing the North and South Tyneside Art Studios and inspiring the development of an art studio in Project Ability, Glasgow.

Special mention to artists Chris Sell,  sculptor, Catherine Warwick, ceramicist and David Gross, a sculptor who established connections in Warsaw and Gdansk, Ian Hall, a digital artist. Nicky Wynne, the Art Studio’s 1st development worker, then, Andrea King, Gillian Firth, Ruth Petrie. There are many professional artists and membership artists and administrative workers to who the Art Studio is indebted and pay tribute; everyone played their part over the years in helping the Studio to achieve its success. …1 year of fish, 1 of rabbits, and a lot of hoofing and searching in between….this page is in tribute to all the artists’ staff and volunteers who participated in the Studio’s achievements over the years